Bath Asparagus (Ornithogalum pyrenaicum subsp. Sphaerocarpum) was till the first half of the 20th century in the area of Bílé Karpaty (White Carpathians) and Hostýnské vrchy considered a common weed in grain fields. Its good times, however, ended with the introduction of deep ploughing. Consequently, this exotic-looking bulbous plant found itself – due to overall changes in landscape management – on the list of critically endangered species. 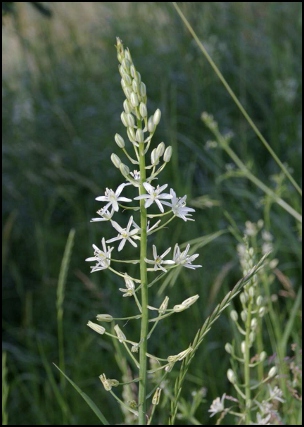 Bath Asparagus currently occurs only very rarely in east Moravia in Hostýnské vrchy and in middle parts of Bílé Karpaty. Its localities have been decreasing in the last decades and the number of surviving individuals is also getting smaller. To the main threatening factors of the species belong unsuitable landscape management and grazing of the plants by cloven-hoofed game animals.