Already in 1941, when a paper “On the Protection and Biology of the Freshwater Pearl Mussel” was published, Prof. Václav Dyk called upon the Czech conservationists to “....guarantee the care for the remaining pearl mussel habitats as quickly as possible.”

The Freshwater Pearl Mussel (Margaritifera margaritifera) is a rare mollusk of oligotrophic running waters whose populations were in the past exploited for collecting pearls. Although it has been a protected species since the 20th century, it still faces threats such as nutrient and chemical pollution of habitat, erosion and sedimentation, imbalanced water and temperature regime or lack of host fish. These factors cause striking population decline and may lead to its extinction. 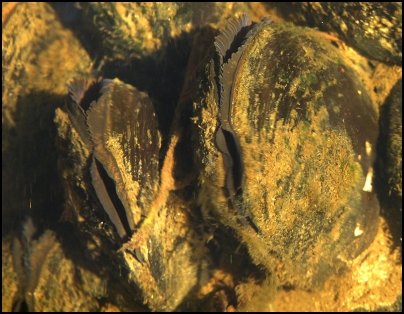 The Freshwater Pearl Mussel is considered an umbrella species of oligotrophic streams with natural undisturbed processes in watershed. It also represents a flag species of Czech conservation efforts in the complex protection of running waters. The action plan for freshwater pearl mussel was approved by the Ministry of the Environment of the Czech Republic in 1993. It followed up the conservation activities of Mr. Jaroslav Hruška in previous decades. He and his colleagues devoted their time to the research of biology and ecology of the Freshwater Pearl Mussel and to the development of an appropriate conservation management in the pilot area - National Natural Monument Blanice in South Bohemia. Jaroslav Hruška is the author of a unique method of semi-natural breeding of juveniles. That enabled conservationists  to successfully rejuvenate the aged populations of Czech freshwater pearl mussels.

Currently a third phase of the action plan for freshwater pearl mussel is running. It was approved on 18 Dec 2013 and focused on the ecosystem-oriented conservation approach. The Freshwater Pearl Mussel is an animal closely bound to other animal and plant species in the communities of oligotrophic waters. Disturbation of fragile nutrient cycles, foodwebs and other natural processes disable completion of the freshwater pearl mussel reproduction cycle. Therefore it is necessary to protect its habitat actively. The success of the action plan requires conceptual and long-term activities in the watershed and includes natural or nature-close ways of management. The effort of conservation or restoration of natural habitats of the freshwater pearl mussel support sustainable landscape development, and thus protect a broader gene pool of vanishing oligotrophic waters.