Eurasian Otter is an endangered species in all of Europe: it has become a symbol of the declining wildlife, but also a symbol of efforts to protect the biodiversity of wetland and river ecosystems.

The Habitat Directive 92/43/EEC lists the Eurasian Otter (Lutra lutra) in both Annex II (Animal and Plant Species of Community Interest the Conservation of which requires the Designation of Special Areas of Conservation) and in Annex IV (Animal and Plant Species of Community Interest in Need of Strict Protection). In the Czech Republic, however, the Eurasian Otter also is a species that causes considerable damage to fish stocks in water reservoirs built for the purpose of fish farming. Therefore, it belongs among typical conflict species, in which conservation efforts come into conflict with protection of commercial interests of fishing subjects. 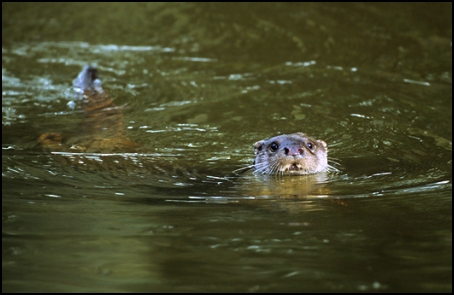 The otter is currently not in an immediate danger of extinction, but under our condition its survival requires a solution of the conflict between its existence and fishing interests. Moreover, based on both our and foreign accessible data it is clear that just otter mortality caused by traffic (road kills) is in many areas becoming almost equal to the natality of the populations. The significance of this type of mortality will undoubtedly increase in the future. If, on top of that, the conflict between otter existence and fisheries leads into mass illegal hunting of this predator, it will be only a matter of time when these joint effects add up and the populations start declining.