The distribution area of the species extends from Russia, Ukraine and Belarus through Poland and Slovakia to the Czech Republic. Here is the western border of relatively frequent distribution. Other European sites are located in Germany, Finland, Sweden, Hungary and Romania. The Eastern Pasque Flower is endangered in all European countries except Ukraine. 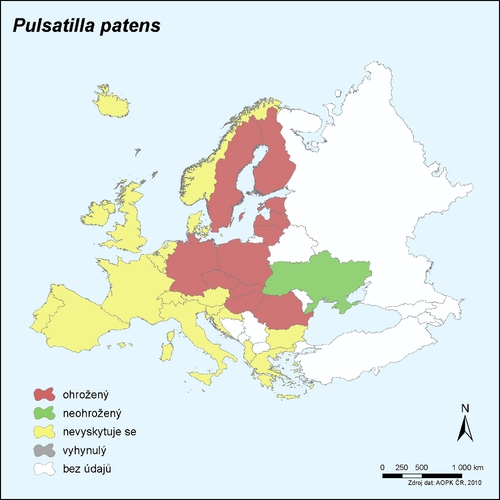 Distribution in the Czech Republic

In the Czech Republic, the Eastern Pasque Flower occurs at approximately 20 sites in northwestern and northern Bohemia. The majority of sites is localized in the Doupov Mountains (SAC Doupovské hory and SAC Hradiště), followed by Krásná Lípa (SAC Bezručovo údolí). The second area of historically most abundant occurrence is the Central Bohemian Highlands (e.g. Holý vrch u Hlinné, Borečský vrch, Tobiášův vrch, Křížová hora u Žitenic). Three nearby localities are in Hradčanské stěny (SAC Jestřebsko-Dokesko) and a small population is located near Bělá pod Bezdězem (SAC Paterovské stráně). One isolated population occurs on a rocky outcrop between the villages Klínec and Líšnice located south of the capital Prague. Historically, there were more localities present southwest of Prague and in the Central Povltaví area. 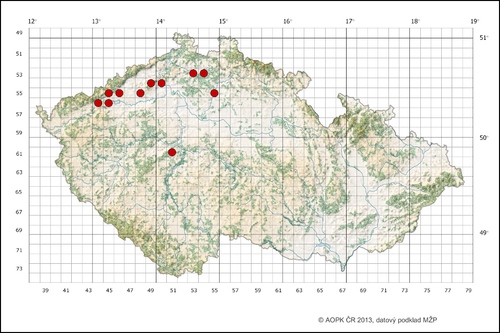